Anglo-Saxon Riddles - and a few of my own 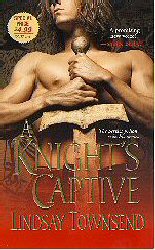 Today I thought I would talk a little about a less-well-known aspect of English literature: Anglo-Saxon poetry. There are some beautiful and very poignant poems in Old English. Poems such as 'The Seafarer' and 'The Wife's Lament' speak to us even today of love and loss and longing. There are poems that contain useful information - verse is a useful memory device - and poems celebrating places such as Durham, battles such as the battle of Maldon, biblical heroines such as Judith and profound mystical experiences. 'The Dream of the Rood' takes the idea of the cross on which Christ was crucified: the 'wondrous tree' from which he hung, and has the tree speak to us directly as it too suffered with Christ.
I wanted to honour this great tradition in my own way in my historical romance story for Kensington, A KNIGHT'S CAPTIVE, which takes place in 1066. I did so by devising my own versions of poems that were another part of Anglo-Saxon society and poetry - riddles.

There are riddles about wine, about a bookworm, about a reed, about a shield, about a plough. Some are saucy and double-edged in meaning; all give clues as to what people noticed in those times, what was important to them, what amused them. Some of the original riddles can be seen here http://www.abdn.ac.uk/english/beowulf/riddle.htm and here http://www.stavacademy.co.uk/mimir/riddles.htm . I read them and even in translation I feel directly connected to a people long past - a wonderful, slightly eerie event.
Here are my own riddles, as part of an excerpt. They appear in A KNIGHT'S CAPTIVE as the heroine Sunniva and hero Marc are attempting to escape the clutches of her uncle in the mysterous and dangerous fenlands.

She was a good traveler, Marc thought, kneeling up in the log boat to row. As the darkness faded to a dusky rose and the sun began to burn off some of the river-fog, she began to ask him riddles.

"This is one way we English pass the long winter evenings, so it is a skill you need," she said.

"Ask away," Marc answered. It passed the dull time of rowing and he could still listen and keep watch. Her voice lilted to him over his shoulder, teasing and playful.

"A giant, now toppled,
hollow and dead,
still glides where it never would
when alive."

That was easy. "This boat," Marc answered.

"Here is another," Sunniva paused to wrap her head-square about her alder paddle to save her hands against the knobbly bark. She had offered to tear it in two for him to share but, when Marc shook his head, she cleared her throat and declared,

"This knave creeps and clings,
A friend to mischief, the enemy
of sight. The sun may drive him off -"

"You cannot claim fog is male," Marc interrupted. "It is a woman. Listen." He listened himself first, checking all about was still and reedy, no dogs or busy hunters, then spoke.

"She winds her promise of mystery about you,
Endlessly deceiving and beguiling. Softer than dew."

And so they went on, moving slowly but steadily through the fens until they reached a point where the mist seeped away and they found themselves on a river, rowing to a fording-place.

Here is the blurb of A KNIGHT'S CAPTIVE

A KNIGHT'S CAPTIVE. The perfect prison is in his arms...
In the year 1066, England struggles against Norman invaders, and two strangers cross paths on a pilgrimage fraught with peril - only to discover a love worth any danger....
Battle-weary Marc de Sens has never encountered a woman like Sunniva of Wereford: beautiful, brilliant, and miles above the curs who call themselves her kin. Alas, she is promised to another and Marc's obligation is to his three orphaned nieces. But when Sunniva's circumstances suddenly change, Marc learns the truth about her "betrothal"...
A rough-hewn knight so gentle with children intrigues Sunniva, who never knew a kind word or caring touch from any man until Marc rescued her from the grimmest of fates. When her loutish father and brothers are killed, Sunniva is finally free, but her troubles are far from over. Although Marc has appointed himself her protector, he has a dark secret - as well as an uncanny ability to disarm her completely...

Sounds interesting. Will have to read it. Loved your other book, A Knight's Enchantment!

A great post. I agree with you, Lindsay, that the Old English riddles offer a direct window on another world. Our "nursery" rhymes are descendents, many of which had nothing to do with any nursery, or children.

Good luck with the book!

Your book sounds intriguing. I must look out for it. I really liked the riddles too.

Thanks, Jerri, Linda and JT!

Jerri, I'm thrilled you enjoyed my 'A Knight's Enchantment'. I hope you also like 'A Knight's Captive'.

Linda - I agree, the study of nursery verses is endlessly fascinating and full of surprising history.

I love writing all my medievals.