Free novel: The House of Women

Free historical novel: The House of Women is available for free on Amazon Kindle USA and UK from Friday 27 until Sunday 29th April.
http://www.amazon.co.uk/The-House-of-Women-ebook/dp/B00557VUN4/ref=ntt_at_ep_dpt_5 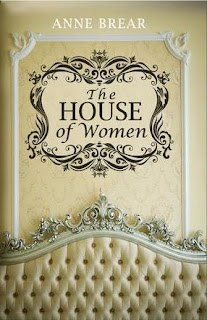 Posted by AnneMarie Brear at 8:36 PM No comments:

A Sprig of Broom

A Sprig of Broom was the first novel I had published - way back in l978. I re-published the novel just before Christmas. Why did I write this book in the first place? Well funnily enough I was inspired by a day trip my late husband, John and I took in l977.

It was a lovely sunny day in midsummer. We decided to go to the Yorkshire Dales, and tootled here and there, rested by beautiful rivers and by some odd quirk ended up in Middleham. When you arrive at Middleham you think you are in a village but actually it is a town, albeit very small. It has wonderful, lovely Georgian cottages, a smattering of welcoming pubs and all dominated by this romantic castle.

I discovered that the castle was once the home of King Richard the Third; I didn't know much about him but I was tremendously moved by a potent atmosphere in his castle. It was so quiet and peaceful, open to the skies but there was not even the sound of birds. It's a lot more commercial now but then there was just this lovely lady at the office. John and I fell in love with Middleham and the castle. I went onto research King Richard and found much to admire. Here was a man very far removed from Shakespeare's version.

John and I often went back to Middleham. We would rent a cottage and I would spend a good deal of time wandering the castle. Wenslydale itself is gorgeous, there were lots of lovely walks that we enjoyed.

I did write my book A Sprig of Broom, oddly set not in Middleham but in Wales (another favourite place but more of that at some other time) however, I did manage to, in my opinion, put the matter straight regarding the kind of man Richard was.

Just one other amusing anecdote that illustrates horses for courses (excuse the pun folks). When we arrived home I phoned my parents. I was talking to my Dad and he asked where we had been. "A little place called Middleham," I said, expecting to have to explain exactly where that was. 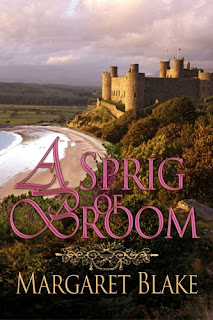 So I discovered two things about Middleham - Richard the Third and horse racing stables - both came to fascinate John and I on our visits. There was something so medieval about seeing those horses thunder across Middleham Moor. I have so many happy memories of Middleham and what a stroke of luck ending up there one lovely sunny Saturday afternoon.

margaret blake
I am a widow and have one son, and three grandchildren, not to mention the best daughter in law in the world.
Newer Posts Older Posts Home
Subscribe to: Posts (Atom)