Been deep in research for the current novel I'm writing which is set in York. I've bought some books to help in getting the feel of the city again, as it's been a while since I wrote my last book set in York (for those interested Kitty McKenzie and Aurora's Pride are set in York). It's so lovely to be writing in the Victorian era again, after a few books set in WWI.
I've been studying old maps which is so helpful to figure out where my characters would live and the areas they would shop and socialise.
This novel heavily features the poorer areas of the city, and it's been fascinating reading about workhouses and the slum areas. York is a beautiful city full of history and I enjoy going there and walking the streets, and now I have the perfect excuse to keep going there - for research of course! 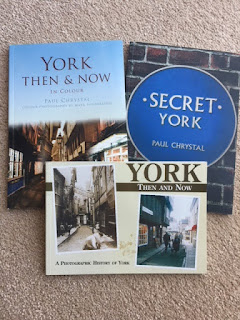 Posted by AnneMarie Brear at 3:22 AM No comments:

Inspiration For All Our Tomorrows

Why did the Yanks come to Cornwall? The river valley and creeks of Fowey were well defended, as they provided a relatively secure place to hide munitions which the enemy would more likely expect to find in Plymouth, surely never thinking to look in this secret, wooded hideaway. The docks, from where the ammunition was shipped and the china clay dispatched, were guarded around the clock, with nobody allowed in without a pass. There were guards stationed in the Pillbox at Whitehouse, and Albert Quay had tank traps across the centre with barbed wire along the seaward edge, as did many of the beaches. In addition, at St. Catherine’s, closer to the mouth of the river, there was a gun point, and one on the opposite side at Polruan. 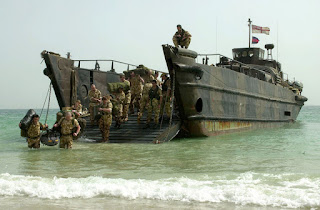 The navy came first with their minesweepers and Z boats, armed trawlers and motor gunboats, swiftly followed by the RAF, the Royal Army Ordnance Corps, plus many units doing jobs nobody quite understood or dared question. Situated as the town was, relatively close to the Channel Islands and to France, the movement of the French fishing fleet within these waters was common place, and who knew what they were up to half the time? Hush-hush boats, they called them.

All my interviewees remembered the American soldiers with great affection, how they were great at throwing a party for the children, and Santa Claus would arrive in an army truck loaded with sacks full of presents, one for each child. The local girls clamoured to get to know them, as do the two sisters in my story. For fun, they went dancing to the Armoury, up near the doctor’s surgery, or to the flicks, which was near Berrill’s yard. So many lovely memories were told to me.

Sara is asked if she would help organise the school children into collecting bagfuls of seaweed. This was a special commodity which the coastal towns of Cornwall could provide, being a variety known as gonothyraea, used in the making of penicillin. Janet, one of my interviewees remembers doing this as a girl – I think she quite enjoyed the excuse to miss school. By December Sara has been co-opted onto the War Weapons Week committee where plans were in progress for a major fund-raising event the following year. They also had something called Salute the Soldier Week.

In reality the town raised tens of thousands of pounds to buy boats and equipment although they had no real idea what operation was being carried out in Cornwall before their very eyes. They collected vast amounts of salvage, old magazines, letters, books and paper of every sort. Tin and other scrap metal, rags and bones. Jam jars, bottle tops and old iron bedsteads. Apparently the pavements were piled high with the stuff. The council paid 10 shillings a ton to the St John Ambulance for each ton of salvage they received. And all this from a population of no more than 2,000 living in 600 houses.

So many memories, of rationing and making do; colour prejudice, fights and love affairs; Fowey Home Guard who once sank the boat they were towing upstream; French Fishing boats and Secret Operations; the huge camp up at Windmill; the wounded being brought home on soiled and stinking mattresses and nursed back to health in lovely quiet Fowey; school children competing to collect the most salvage and being told off for straying under the coils of barbed wire.

There were tragedies, of course, much pain and suffering, fear and trauma, and no one will ever forget those brave men. But most of all we like to remember the good times, and the spirit that is essentially Fowey. So what was all the army efforts in aid of? Operation Overlord. The master plan for an Allied invasion of Europe. Everyone knew that something was going on, but nobody dared speak of what they saw or knew. Edna, another of my interviewees, remembers being brought from her bed as a young girl, and told this was a moment in history that she must see. We all know the heavy toll of their victory in reality. What it brings to the lives of my characters, I’ll leave you to discover for yourself. 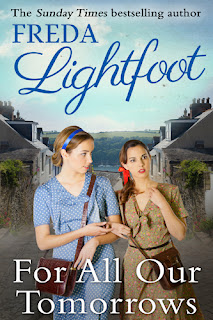 Excerpt:
‘Ships filled the River Fowey, so many that you could have walked from one shore to the other without getting your feet wet. A living mass of men and machines, seething with activity and noise: a throbbing, whining, whirring and rattling; a clattering of gas masks, canteens and weapons, and the endless chatter of hundreds, packed tightly into every corner, waiting for the order to leave.

Hour upon hour they waited, cold and damp, sick to their stomachs with apprehension and fear, in full combat gear, weighed down with equipment. The loading had been done chiefly at night, scores of vehicles driving straight onto the LSTs; thousands of foot soldiers directed up the gangway and counted on board.

It was June 4 and they left later that night but by the following day were driven back by the weather to spend yet another night in harbour. After all these months of preparation, all the careful planning and organising, the fate of Operation Overlord appeared to be at the mercy of the elements. There was a storm brewing and if the weather did not improve, there would be further delays.

Twenty-four hours later the decision finally came. This time for real. On the night of June 5 they left the safe waters of Fowey, Falmouth and the Helford River, and all the other ports along the south coast for the last time and headed out to sea. Operation Overlord was underway at last.’

Available in books shops and online.