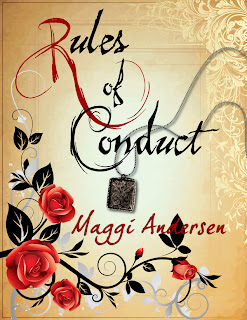 I'm appearing on the Romance Writers of Australia blog today with a free e-book on offer for my Regency novel, Rules of Conduct.
https://romanceaustralia.wordpress.com
Maggi Andersen
Posted by Maggi Andersen at 4:20 PM No comments:

Blowing my own trumpet! 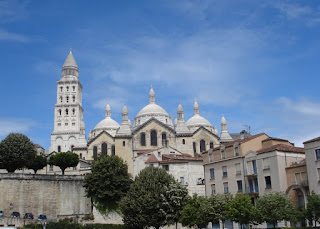 If this is blowing my own trumpet a trifle, then so be it. Today the Romantic Novelists' Association (UK) published an interview with me, so I am delighted to pass on to you the link:

I'm in France on holiday at the moment, but I'm putting photographs on my blog at http://jenblackauthor.blogspot.com/ and let me tell you, it is raining. We've been here some eighteen days and had barely three days sunshine. What is the world coming to? But here is a photgraph of the Cathedral St Front in Perigueux to whet your appetite!
Posted by Jen Black at 4:15 AM No comments: 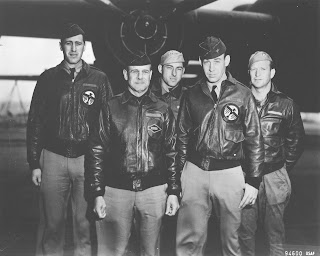 I recently took my nine-year-old nephew to the national Air Force Museum in Dayton, Ohio. The museum, which is adjacent to Wright-Patterson Air Force Base, covers the history of aviation from hot-air balloons to the space station; however, we spent most of our time looking at the planes and listening to the stories from World War II because my nephew is a big fan of the Spitfire V.
Our tour guide said an English veteran of the war had visited the museum and likened flying a Spitfire to dancing with the prettiest girl in the room.
Although the nephew was the fascinated by the tales of the Battle of Britain and the cleverly named bombers, the Doolittle Raid was the story that stuck with me. For those that don’t know:
On April 18, 1942, 16 twin-engine bombers took off from the aircraft carrier the U.S.S. Hornet with the intent of bombing Tokyo. According to our tour guide, the mission was more about boosting the morale of the American people and armed forces than inflicting significant damage on Japan. Naturally, the plan didn’t go according to plan. The ship was spotted by a Japanese fishing boat about 600 miles offshore.
When radio chatter started, it was either go or dump the plans into the sea and head back to Hawaii because the United States couldn’t afford to lose another aircraft carrier so soon after Pearl Harbor.
Rather than abandoned the mission, Commander James Doolittle ordered his men to go. Eighty men, a crew of five men to each plane, took off. Because of the early launch, the plans had just enough full to make it to safe zones in China—as long as they didn’t go off course, have to take evasive action or get lost.
All 16 planes took off successfully and hit their targets in Japan, all 16 encountered anti-aircraft fire and/or intercepts, and all 16 crash-landed or the crew had to bail out. One man died bailing out, and two others drowned. Eight men were captured. The Japanese shot three of them and one died from disease brought on my malnutrition and abuse. One crew landed in Russia and later escaped. The others either landed in the safe zone or were smuggled into safe zones by Chinese civilians and soldiers.

The exhibit turns bittersweet with a glass case, which holds 80 silver goblets and one bottle of cognac. Each man has a personalized silver goblet (the raider’s name is engraved on the cup twice—right side up and upside down) and the goblets of those who have died are inverted. The Raiders have held an annual reunion since the late 1940s, and at each reunion the surviving raiders perform a roll call and toast their fallen comrades. All but five cups are inverted.
When only two Raiders remain alive, they will meet and drink a final toast using the 1896 Hennessy cognac. As I stood there, I realized that within the next few years, the cognac will be opened, the last cup inverted, and the raid—and the rest of World War II—will pass beyond living memory.
The story of the raid has stayed with me for weeks now. Perhaps there's a story in there or perhaps it's just the realization of what we're about to lose when this generation passes.
Keena Kincaid writes historical romances in which passion, magic and treachery collide to create unforgettable stories. Her books are available from The Wild Rose Press, Amazon, and wherever ebooks are sold. You also can find her on Facebook or follow her on Twitter.
Posted by Keena Kincaid at 10:52 PM No comments:

He Called It Macaroni

Yankee Doodle went to town,
A-Riding on a pony;
Stuck a feather in his cap,
And called it macaroni.

Macaroni? He named his feather after pasta?

I'm American, and I've sung this song all my life. But I never understood what Yankee Doodle's feather had to do with spaghetti.

The verse sounds odd to our ears, but made perfect sense to English people in the mid 1700's, when the song was written.

At that time, a "Yankee", from the Dutch Jan Kees, or John Cheese (see dictionary.com definition here), was an inhabitant of New England, a pejorative name bestowed by the urbane New York Dutch on their rustic Puritan Connecticut neighbors, and by extension, to all Americans.

The word "doodle" first appeared in the seventeenth century, from the German word for "simpleton" or "fool".

From my last post, Macaroni! And I Don't Mean Pasta, "macaroni" was an extreme of English male dress, circa 1760. The style's salient characteristic, a large, ungainly wig, caused "macaroni" to become a synonym for foppishness. Put the two words together, and "Yankee Doodle" was a derisive term for a backwoods American fool so unsophisticated he thought decorating his cap with a feather was the height of fashion.

Historians generally credit Doctor Richard Shuckburgh, a British Army surgeon, with creating the song sometime during the French and Indian War (1754-1763). The date is in dispute, given in various places as 1755, 1756 or 1758.

The New York State archeologist, Paul Huey, believes he has narrowed the date to June, 1758. At that time, a large British force had mustered at Fort Crailo near Albany, New York, to prepare for the attack on Fort Ticonderoga. The ragged, ill-equipped and ill-trained New England militiamen who joined the expedition provided a stark contrast to the well-dressed, well-drilled British soldiers. Dr. Shuckburgh wrote the first set of lyrics mocking these ragtag troops. The tune apparently comes from the nursery rhyme Lucy Locket.

Something about the song resonated in colonial America, and Yankee Doodle took on a life of its own. Many sets of lyrics exist. If you’re curious about all the verses (and there are a lot of them), you'll find a list here: http://en.wikipedia.org/wiki/Yankee_Doodle

Everyone sang Yankee Doodle. British soldiers often sang it as a marching song. The American colonists sang it, too, but with different lyrics.

As the tension between England and America escalated, the Americans took up the ditty, complete with feather and macaroni, as a badge of honor. By the time of the Battle of Concord and Lexington (1775), the Americans had claimed the song as their own.

Yankee Doodle lives on to this day.

Yankee Doodle Dandy, a version of Yankee Doodle, is the tune to a famous song-and-dance sequence in the 1942 James Cagney film of the same name.

And last, but not least, Yankee Doodle is the state song of Connecticut. I'm from Connecticut (yup, a real Connecticut Yankee), and I didn't know that.

Thank you all,
Linda
Linda Banche
Welcome to My World of Historical Hilarity!
http://www.lindabanche.com
Posted by Linda Banche at 8:01 AM 4 comments:

'To Touch the Knight' now out!

My latest Kensington medieval romance is now out and available for sale in shops and at ebook stores (UK paperback due in August). To Touch the Knight is set during the time of the Black Death, when almost a third of the people in Britain died due to the plague. It was a period of massive change and terror, but also, for the survivors, a chance for a better life. You can find more, including an excerpt and buy links, here.
Lindsay
Posted by Lindsay Townsend at 6:23 PM No comments: