The roads in Tudor times were designed to get people to 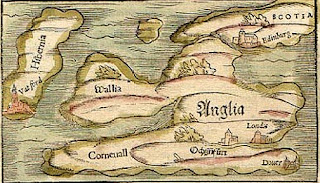 market. Where no towns existed, there were only rough tracks. Most people travelled on foot. Since fresh produce did not travel well, carts carried fruit and vegetables only short distances. Meat always travelled on the hoof, some of them great distances via the ancient drove roads.
People who were very old or ill sometimes travelled in a litter, either horse-drawn or carried by servants, but there were no coaches or carriages. The first coach in England was built for the Earl of Rutland by a Dutchman, Walter Rippon, in 1555. In 1564 he built one for Queen Elizabeth, but they were not common until the seventeenth century.
Couriers and government officials, pilgrims, scholars and merchants travelled great distances, but many English never left the parish in which they were born. Others did, and risked arrest and a flogging if they left their parish without a licence from the authorities and a good reason for travelling.
The foot traveller hoped to make twenty miles a day, and it was rare for an ordinary horseman to cover more than thirty. In bad weather, hilly or flooded country, the distance could be reduced to fifteen miles or less. Heavy wheeled carts wrecked roads and tracks alike, and without attention in a thousand years, the Roman roads were disintegrating.
During Mary and Elizabeth’s reign, some roads were paved. Four long-distance roads were maintained: The Great North Road from London through Durham, Newcastle and Alnwick to Berwick-on-Tweed, Dunbar, Haddington and on into Edinburgh. (During my childhood in Durham, Silver Street was still called the Great North Road). Watling Street ran from London to Chester, taking travellers to Ireland; Dover Road ran from Dover to London; and the great road from London to Exeter and on to Plymouth. Beyond Plymouth, the traveller went by tracks and byways.
The King’s messengers used relays of fresh horses kept at staging posts twenty miles apart on these four roads, and they covered much greater distances than the ordinary traveller. The Great North Road was one of only six north of York. One went from Newcastle to Otterburn across the Cheviots to Jedburgh. It 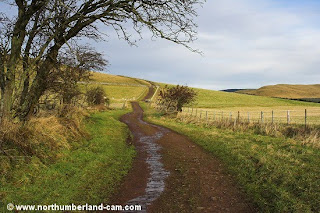 was the shortest route to Edinburgh, but inhabited by reivers and bandits who killed and robbed on either side of the Border. The King’s Street ran north from Lancaster to Penrith and Carlisle. Two roads went from east to west – from York to Catterick Bridge and Penrith, and the Newcastle to Carlisle road through Hexham and Haltwhistle along the north bank of the Tyne. The sixth road ran from York to the port of Scarborough which carried on a busy trade with Scandinavia.
The journey from London to Edinburgh took the normal traveller fourteen days at thirty miles a day. Messengers riding post could do it in five. The seventy miles of the Dover road could be done in two days, but the fit and strong courier could do it in a day. The 215 mile journey to Plymouth took the ordinary traveller a week; couriers thirty-six hours.
By contrast, when Henry and Elizabeth travelled ‘on progress,’ they rarely covered more than ten miles a day. Henry went to France, but he never travelled further north than York, and to that city only once. But there was one good thing about the scarcity of roads: you could be reasonably sure of meeting someone on a certain road on any given day.
Posted by Jen Black at 12:17 AM

Some great facts here I didn't know, Jen. Saw a programme recently that said in some cases the Romans didn't actually invent the roads as some people thought, but paved over existing ones. Fascinating stuff

Great post, Jen. I knew about the some of the roads, but not all, and certainly not ordinary travel times compared to the couriers. Oddly enough, I drove down a road that looked like the one picture. It was graveled, but only three-sheep wide. Even in a car, it was slow going.

The pic is Clennell Street, an old drove road from Alwinton in Coquetdale across the Border Ridge into Scotland. A bridleway only, as there are stretches that would rip the sump out and others where the mud would swallow the wheels!