One of the best things about these sort of events is the opportunity to network with other writers and readers. During lunch the hubbub of conversation was almost deafening, and a few people escaped the noisy dining room for the bar, myself included. There I got chatting with some women from Yorkshire who are all at various stages with their historical works-in-progress and with a history teacher who is writing a novel set in the Civil War. We exchanged notes over our pizza, quiche and bread rolls, and heard a little about the ideas behind our work.

Sometimes you can end up a little drunk on other people's unwritten stories and enthusiasm. 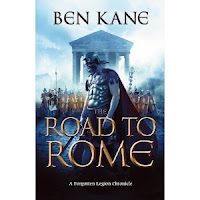 In the afternoon we were treated to "A History of Violence" with panellists Harry Sidebottom, Doug Jackson, Robert Low and Ben Kane. There was general agreement amongst the panel that violence was a thrill that the adrenaline-junkie male sought through his reading in this somewhat sanitised society, and that combat and war are subjects that are somehow "sexy" at some visceral level.
Members of the panel were keen to point out the particular stresses of combat with its "to the death" theme can make for a very human story. It was these tales that the panel thought they were telling - the stories of one individual against the big canvas of armed conflict. The panel were asked whether women writers were equally able to do this, to conjure up the vast battlefields and set pieces of conflict, and several mentioned Robyn Young (author of The Brethren Trilogy and the new Insurrection.)


In times past, life was altogether more violent and this difference can alienate readers. Difficult areas that challenge readers are (unsurprisingly) rape scenes, and those featuring violence to animals. One of the panel said he had had complaints about a scene involving dismembering a dog although readers were happy to accept the same if the victim was human. In early cultures, particularly slave cultures, rape was endemic, for example in ancient Rome. Rape in any case was less about sexuality and more about status - i.e. it was acceptable in Rome if you were the rapist, but to be the victim was seen as dropping status. After hearing the all male panel dicuss this, it was a contrast to hear from the softly-spoken writer for young adults, Ann Turnbull. 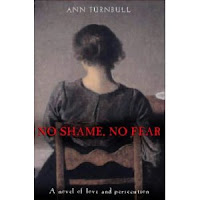 Ann Turnbull writes historical fiction for young adults - a booming market which she says used to be almost invisible. Her books are set in the seventeenth century and focus on the Civil War, the Plague Years and the Great Fire of London. I have to say that to write of these subjects was probably a smart move as all these are on the standard history curriculum, although for younger children, and that her books seem to be doing very well despite somebody saying earlier in the day that the 17th century was difficult to sell. Ann's talk entertained us with a powerpoint presentation of maps of old London, engravings of a 17th century printers workshop, and forbidden Quaker meetings. Originally a writer of books for younger children Ann was delighted when her publisher suggested she should try writing historicals for Young Adults. Each book is 70-80000 words long, so each takes considerable research. But there is no doubt that there is a market there now for historical fiction for young adults where there wasn't one before. 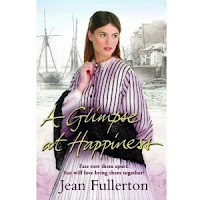 The final presentation was from Jean Fullerton, whose immensely popular London based books are impeccably researched. "Ground your Fiction in Fact" was the title of the session, as Jean is a firm believer in doing your homework, and goes to great lengths to make sure everything is as accurate as possible. She told us to look beneath the surface of the usual view and unearth the lesser known facts, for example that there were many black Victorians in London, but these images (shown to us on Powerpoint) are not ones we would usually associate with Victorian London. She has the advantage of living in the place she writes about and has used her local contacts and the local studies archives to uncover exactly what was on the streets she writes of, so she can feature real pubs and shops. She even researched what grades of coal were on sale during the period she was describing.When challenged that such detailed research might be wasteful as it hardly features in the book, and time could be better spent writing, Jean took the view that if the writer knows the detail, then this will convey to the reader even if not in the most obvious way. And I have to say I agree - the confidence that comes from knowing your stuff helps the writing process and gives a flavour of veracity.

Jean finished by saying we will never be able to get it all right - there will always be something we miss and kick ourselves over once it has gone to the printer, but that is inevitable. The main thing is to feel assured you have done the research the best way you are able.

In the gaps between the sessions I was able to network with other writers, both published and unpublished, and have the "writerly" conversations I am so often starved of at home, so my thanks go to the organisers and to all the speakers. I look forward to next time!
Posted by Deborah Swift at 11:03 PM

Thank you for sharing about the HNS UK conference. I have enjoyed reading your recaps.

It was great to hear about the conference Deborah, thanks for sharing.

Thanks for both posts, Deborah. Excellent!

Hello everyone, thanks for reading. Nothing too earth-shattering - no "publishing is dead" type of bombshells, but a lovely day out, and it feels good to be able to mention those writers who gave their time and energy to the event.

Thanks so much for this! I had seen Robyn Young's name many times, but somehow never in conjunction with what she wrote. (Since I fulfill my yin for history through fantasy, I never saw her on the shelves.) I've got her on my to be read list now as I also do *ahem* violent historical stuff. ;D