New Release! HOW TO TAME A RAKE


My new release, HOW TO TAME A RAKE is set in the Victorian era, because I wanted to feature an amazing woman, 1st Baroness, Angela Burdett-Coutts, who was widely known as ‘the richest heiress in England’. Angela did some amazing things in her lifetime, she proposed to the Duke of Wellington, and at 67 years old, despite the huge disparity in their ages, married her 29 year old secretary, American-born William Lehman Ashmead Bartlett. But it’s her philanthropic endeavors which are most impressive. 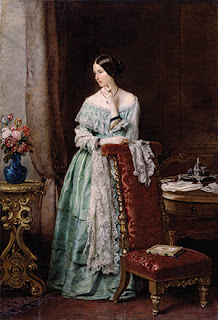 Burdett-Coutts spent the majority of her wealth on scholarships, endowments, and a wide range of philanthropic causes. One of her earliest philanthropic acts was to co-found a home for young women with Charles Dickens. Urania Cottage was for those who had ‘turned to a life of immorality’, including theft and prostitution.

Her amazing achievements are too large to list here. My interest lay in her close involvement with the Royal Society for the Prevention of Cruelty to Animals (RSPCA).
The RSPCA was founded in a London coffee shop in 1824. The men present knew they were creating the world’s first animal welfare charity, but they couldn’t have imagined the size and shape that the charity would become today.
Back then, they were called the SPCA - Society for the Prevention of Cruelty to Animals. Royal patronage followed in 1837 and Queen Victoria gave permission to add the royal R in 1840, making us the RSPCA as they’re known worldwide today. They are best known today for the work they do with pets. But they were influential in forming and improving animal welfare law.

When they were founded, their focus was on working animals, such as ‘pit ponies’, that were worked down the coal mines.
In 1822, two years before they were founded, ‘Martin’s Act’ was passed. It was the very first animal welfare law and it forbade ‘the cruel and improper treatment of cattle’.

Thirteen years on, in 1835, and ‘Pease’s Act’ consolidated this law. The prohibition of cruelty was extended to dogs and other domestic animals, bear-baiting and cock-fighting was forbidden, and it insisted on better standards for slaughter houses.

Other successes long after my story ends have included laws for lab animals, the abolition of fur farming in the UK, the ban of fox hunting with dogs and the animal welfare act. 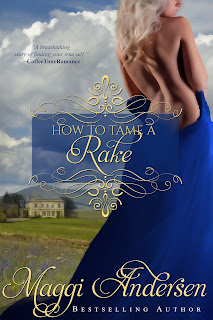 How to Tame a Rake
Amazon:
Amazon UK:
Amazon Au:
Barnes& Noble
Smashwords:
Kobo:
Due to the codicil in his father’s will, Blake Dangerfield, Earl of Hawkeswood, must marry the woman chosen for him, or lose part of his inheritance. Did his father hate him that much? Wilhelmina Corbet is a hoyden, not long out of the schoolroom, who hails from a farm in Northumberland. The last time Blake saw her she wore braids and climbed a tree to rescue a kitten.

Wilhelmina Corbet has dreamed of Blake since she was twelve. But the thought of marrying the handsome earl terrifies her. She comes to his estate, Hawkeswood, determined to measure up to his expectations for a wife. But after time spent with him in London, Mina begins to wonder if the rake is the man she wants to marry.

Can they find happiness when a handsome heir to a dukedom, unruly pets, and a young chimney sweep are thrown into the mix?
Refreshed edition.


Here’s a taste:
Another day passed before Mina felt well enough to leave her bed. The breakfast room was empty. Crowley informed her that Blake always rode early and Lady Elizabeth took breakfast in bed. She sipped her tea, gazing at the gardens beyond the window, where an unusually mild day beckoned.
Donning her pelisse and bonnet, she ventured outside into the brisk air and went for a long walk, glad to be out again after the stuffy, overheated rooms. The day was cool, but not as cold as it had been. She ambled along the path and descended a graceful, stone stairway flanked by enormous marble urns and onto a long sweep of lawn. A statue sat on a plinth in the distance, and she walked toward it. Before she reached it, she saw something lying stretched out on the grass. At first, she thought it a pile of leaves. On closer inspection, she found a fox cub. As she knelt down to him, he lifted his head, his dark eyes pleading.
“Oh, you poor, poor thing.” She stroked the red-gold coat. How beautiful he was. He’d hurt a leg, probably in one of those horrid traps. It was broken, dangling at an odd angle. She knew just what to do about it. She’d splinted one of her dogs back home when he’d broken his leg jumping from a high wall.
Picking the cub up carefully, Mina cradled him against her chest. He didn’t struggle. Perhaps he knew that she was a friend or was too weak to care.
She carried him along the path. As she rounded the corner of the house, she came face to face with Blake.
“I’m glad to see you out and about…” he began. His dark brows shot up. “What on earth do you have there?”
“A fox cub. He’s hurt his leg. I’ll have to splint it.”
“You’ll do what?”
“A splint. You use a straight piece of—”
“I know what a splint is, Mina! But this is fox hunting country. We can’t keep a fox here.”
“Why not? When his leg is healed, he will go and join the other foxes.” Her lip trembled. “And then you can hunt him down and kill him.”
“For Lord’s sake!” Blake searched her face as she hugged the animal possessively in her arms. “Come on, then. The animal is ruining your gown. Fortunately, that’s no great loss for Mother plans to see to your wardrobe.” He turned and headed back toward the stables. “We’ll get my head groom to splint it.”
“And feed and water him until he’s strong again?” she called after him.
“Yes. All right!”
Early the next morning, Mina returned to the stables.
Blake came in as she was sitting with the fox. He had a stall all to itself. He was sitting up, his ears pricked. “Won’t be long before the leg is mended,” Blake said, leaning against the stall door. “And then you must let it go, Mina.”
“I know. He’s a wild thing.” She stroked the fox’s soft fur.
“Are you feeling well now?”
“Yes, thank you.”
“Good. Arrangements have been made for you and Mother to go to London. Tomorrow.”
Mina gazed up at him. “You’ll look after Felix?”
“Who?”
“That’s his name. Felix. Promise you’ll look after him after I’ve gone.”
Blake tilted his head, gazing down at her. “You are an odd girl, Mina. I would have expected you to be far more interested in going to London.”
She stood and shook out her skirts. “I’m very excited, I assure you. I must go and pack.”
“The maids will do it,” he called after her. “But you can leave most of your clothes behind.”
Mina had a strange impulse to turn and poke her tongue out at him. But she suspected he already thought of her as too young for him. She put her fingers to her lips. No matter what happened, she would always remember her first kiss.
Maggi’s Website: http://www.maggiandersenauthor.com
Posted by Maggi Andersen at 3:50 PM