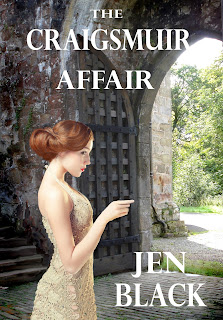 Here’s an excerpt from my new book published on 20th July.

BLURB:
In 1893 Daisy dreams of a career as an artist but runs up against the rock that is Adam Grey, who distrusts women and thinks wives should be content with home and family life. When a valuable painting goes missing in the country house where they are both guests, Adam turns detective and Daisy must prove that she is not the thief Adam initially believes her to be. Does she want love and marriage or to fulfil her dreams? Can Adam get over his distrust of women?

EXCERPT:
Adam reached out, grasped her shoulders and dropped a kiss on her forehead. Looking at him, she could think of nothing to say; nor could she break the spell with movement. He stood so close she was aware of his warmth and the faint tang of shaving soap. His gaze held her still. She forgot to breathe.

Slowly, without haste, he set his lips to hers.
His mouth was cool and surprisingly gentle. Aware of a pulse thudding in her throat, she did not move and made no sound as his lips moulded and teased hers. Through almost closed eyes she observed his lashes, so dark and long. His head tilted. His mouth claimed more of her. She sank deeper into the kiss.

Adam pulled back with a groan of distress. ‘Oh God, I’m sorry, Daisy. That was unforgivable….’ One hand flailed the air in a gesture she interpreted as distress. ‘I should not have….’ He turned away, palms clasped and held close to his mouth. ‘Please forgive me.’

At first Daisy could not speak. The separation was too sudden. Her fingertips went to her warm lips. What had displeased him? Had she not reciprocated in the correct way? ‘Please do not spoil it,’ she said, her voice wavering. ‘I expect I shall treasure it as my first grown-up kiss.’

‘I doubt it,’ he said dryly, staring at her hungrily.
She ought to be shocked, but felt nothing of the sort. Instead an odd sense of unsuspected power trickled through her veins. Now she knew what a kiss could be and wished it had gone on longer. Obviously he had done it against his better judgement and that of itself was exciting. If it had happened once, she could make it happen again.
She saw how deeply he frowned and wondered at it. ‘Do not worry. I shall not tell anyone. The kiss shall be my secret.’

‘That is hardly the point, is it? I should never have allowed myself to kiss you.’
She shrugged. ‘But you did. And I enjoyed it.’ She knew she should not make such an admission, but wanted to whirl and dance around the room in sheer happiness.
His mouth flattened in displeasure. ‘Why is it that with you….’
She allowed a pause to develop and then said, ‘Go on.’
He shook his head. ‘I should go,’ he said stiffly. ‘You were right. I should not have brought you in here. Will you excuse me?’

‘No,’ she said calmly, tempted to laugh at his alarmed expression. For once, Daisy felt older than her years and in control. It was a heady feeling. Remembering her conversation with Vicky in the Long Gallery at Clennell, she spoke softly. ‘I can only think you are wary of women because one of my sex has treated you badly. If that is the case, I shall let the subject go as it is none of my business.’
His head went back as if she had slapped him.

He glared at her. Daisy licked suddenly dry lips. How could she have been so crass as to mention his past history? Anxious to get the conversation back on mundane matters, she said ‘You brought me here to talk of theft. Do you think, as I do, that Maitland has taken the money as well as a painting?’