The Dowager Duchess of Yaxley escapes from an abusive son-in-law to become a housekeeper in a remote Northumbrian village. The Master of the house, Jarrow, is a widower with a delightful daughter, but few funds. Jarrow has his scars, but he also has a secret life that unnerves Melanie when she discovers what it is that occupies his nights. This historical romance with its great sense of time and setting, leads the reader through the clash of the scarred personalities, troubles with excise men to a resolution which surprises them both.


Available only from Kindle: here 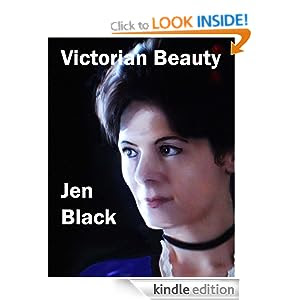 “Fascinating and beautifully created characters, plenty of secrets, and a compelling love story between a hero and a heroine that tugs at your heart strings, makes this a must read.”


The coachman, no doubt anxious to reach his journey’s end before dark, was briskly polite as he drew the coach to a halt on the road between Corbridge and Morpeth. Descending unaided and with some difficulty, given her hooped skirt, she saw he had deposited her bag beside the imposing stone pillars of an open gateway. He tipped his hat to her and sprang back up to his perch with a cry to his horses. She watched the coach roll along the lane, and waved away the cloud of dust and grit that flew up behind the large wheels.


Green hedgerows divided greener fields, and there was not a dwelling in sight. Looking around, Melanie shivered. The snarling griffins with claws dug into the top of the stone gateposts added to her feeling of unease. Stepping closer, she realised the griffins protected a date incised into the stone beneath them: 1524. Gavington House had stood here for three hundred and forty years.


A little unnerved by such a span of time, Melanie stooped, gripped the handles of her portmanteau and marched between the gate posts with a determined stride. The gates had been opened and then abandoned some time ago, for tall weeds grew on both sides of them. Odd, she thought, as she walked along the weedy gravel drive that led through a shadowy clump of pine trees. Though she had packed only the necessities and a fresh gown for tomorrow’s interview, her leather bag was heavy and the gravel drive did not make for easy walking. Full of shallow gradients and curves, it wound through the trees in a most annoying way. Now and then, through gaps in the foliage, she caught sight of what must be Gavington House.


Had she been in the comfort of a sprung carriage, she would have found the approach charming and no doubt been delighted with each pretty vista as it appeared. But after twenty minutes of energetic walking, Melanie hesitated. The drive was about to take one of its unnecessary bends away from the house, which was plainly visible two hundred yards away in the opposite direction.


With a frustrated sigh, Melanie gripped her bag firmly, brushed through the low hanging branches and strode out across the lawn. If she were shot for it, she would not follow that drive an instant longer. Hurrying across the open stretch of recently scythed grass, she glanced over her shoulder, half expecting an irate gardener or gamekeeper to chase her off the hallowed turf.


‘Circumstances change, sir. A new master appeared, with staff of his own.’ In a way, that was true. Her step-son, the new duke, had summoned his lawyer friends and cheated her out of the dower house and everything else to which she had been entitled.


A grim smile touched the corners of Lord Jarrow’s mouth. ‘Well, at least your mistress was prepared to give you good references. These are excellent.’


‘Thank you, sir. I hoped they would serve.’


His eyes narrowed, and Melanie’s stomach clenched in response. Her tone had been a little too pert. Lord, it was so difficult to strike the right balance. Dipping her head, she surveyed her clasped hands and waited to see what direction he would take. Be subservient, she told herself. Think subservience, and you will practice it. If you do well, you will be his housekeeper, and have the security of a roof over your head.


‘Gavington is perhaps not what you expected,’ he said slowly, sitting forward with his forearms on his desk. ‘The house is virtually closed. I keep few staff, only those necessary for the comfort of myself and my daughter. I do not welcome visitors. Now you have seen how isolated we are, do you still wish to be considered for the post?’


Jolted, she met his quizzical glance. ‘Why, sir?’


‘It is a simple question, Miss Grey. Why do you, a young and attractive woman, wish to disappear into the countryside when you have had command of a house such as Rockford?’ He looked down at her reference ‘Why, there must have been forty staff there when I visited Middlesex three years ago. Here, we have less than six.’


Dear God, he’d been to Rockford House! Three years ago? She blinked, frantically searching her memory. Had he been a guest at dinner? No, she would have remembered him. But if he’d paid a call on the duke in the estate office at the far end of the west wing, she might never have seen him. That must be what had happened. Thank goodness he showed no sign of remembering her.


Available only from Kindle: here
Posted by Jen Black at 9:39 PM