When writing a historical novel, research is naturally a vital instrument in making the story rich in detail and as authentic as possible to the reader, sweeping them up and transporting them back in time to a place that is as true to the real thing as we, the writer, can make it, then allowing the reader's imagination to take them the rest of the way.
Part of my research that I find very important and enjoyable is studying maps of the areas I set my books. I have spent hours pouring over the smallest details on printed maps that I've managed to find drawn from the eras I write. By having maps of those eras at hand, I am able to send my characters down the correct roads, across the right rivers, and climb the named moors and mountains of the area. To my characters, who have lived in that area they need to know the places, roads and rivers as well as if they actually lived there, as do I.
A good map will always be of valuable use to a writer, and in turn, that information will be of great benefit to the story and hopefully make it more enjoyable and real for the reader.

For example, in my book The House of Women, which is set in Leeds, West Yorkshire, I have found maps of 1870 to help me get a feel of the area my characters would travel. 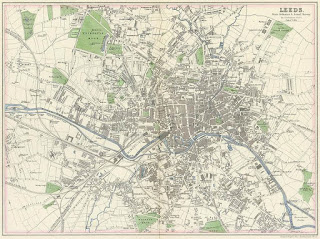 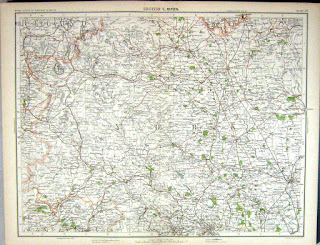 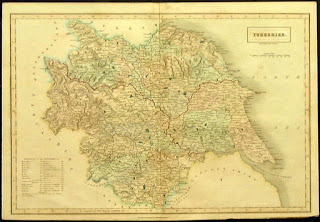 The House of Woman, example:
The rumble of the carriage wheels sounded loudly in the slum quarters of the town. A half moon shone in the star-littered black sky, etching the town in long shadows. They passed revellers and private parties where the light and noise spilt onto the street, but the chill of the cloudless night kept most indoors. Too many of the town’s inhabitants, New Year’s Eve was an ordinary night and tomorrow’s start of another year gave them no cause for celebration. Nothing was going to alter their circumstances, no matter what the year date proclaimed.
A tomcat’s cry rang out through the narrow lane as Doyle assisted Grace from the carriage. Back-to-back hovels lined either side of the lane. She lifted her skirts from the sludge-covered stone flags.
‘This way.’ The messenger showed them towards an archway between the houses. No glow of light filtered from windows to help them to find their way through the cut. Its limited width forced them to walk single file. The short passage opened onto a square yard bordered by rundown houses that seemed to lean against each other for support. Even in the shadowed gloom, the filth and waste was visible. A lingering stench assaulted their noses, making breathing unpleasant.
‘Your aunt lives here?’ Grace was alarmed to think of the dapper Mrs Bates living amongst such conditions.
‘No, she lives a few streets away, she covers the whole area,’ the man replied, opening a door. He waited until they were beside him in the dark stairwell. ‘This is a place where people go who’ve a penny to spare for a bed.’
‘A penny for a bed.’ Grace shook her head as they followed him up the rickety stairs to the next landing. There, he paused, before opening another door and stepping back to allow Grace and Doyle to enter on their own.
‘Oh my…’ Grace breathed. She stared at the bunks of beds lining the walls and grouped in the middle of the room. Women and children lay huddled together; some coughed the phlegm cough of the dreaded tuberculosis. Few spoke in low voices, but most slept letting their weary bodies get what rest they could. As Grace passed the beds, those awake clutched at their meagre belongings thinking they might be stolen.
‘Put your handkerchief to your nose, Grace.’ Doyle muttered. ‘I hate the thought of you within the confines of this hideous house.’
A single lantern, suspended from a beam, issued a weak light. Grace walked on. Her eyes, now accustomed to the dimness, picked out Mrs Bates at the end of the long room. She hurried to her side, only to stop short upon seeing the figure on the bed. Stifling a cry, Grace bent low to stare at the woman on the bottom bunk. Mrs Bates is wrong. This cannot be Letitia. 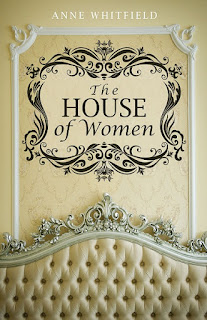 The House of Women can be purchased in paperback or in ebook formats from various places such as Amazon USA and Amazon UK.


Posted by AnneMarie Brear at 5:11 AM

Interesting, Anne. Nice to take a look at some of these places first hand.