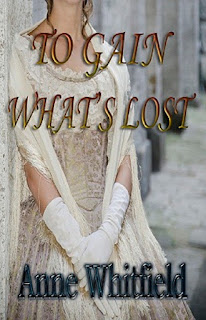 I downloaded this yesterday, Anne, and stayed up half the night reading it! It was only the thought that I had to file my tax return today that stopped me finishing it. Paula.

Wow, thanks for letting me know, Paula.
I'm so glad you're enjoying it! You've made my day!
Take care,
Anne.~

Congratulations on the new release, Anne, and one to add to the reading list. The cover looks beautiful