Facts and Helpful Hints from the Regency Era

Regency intrigue novella, LOVE AND WAR is now priced at 0.99c on Amazon.com. 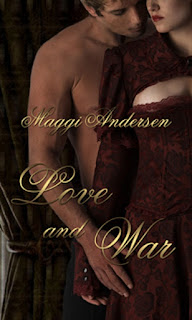 The Fashions
Regency gowns were influenced by the Napoleonic era, and were Classical in style. By 1816 waists were at their highest under the bust, gradually dropping until the 1830s, when they took on the style of the Victorian era, as sleeves and skirts became fuller. 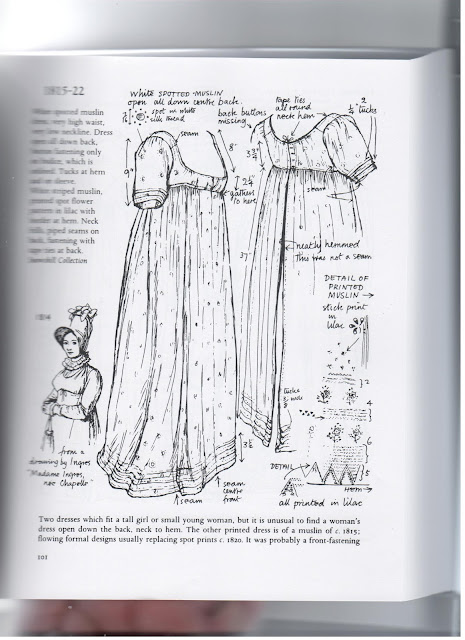 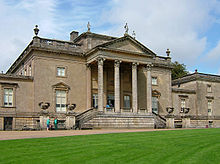 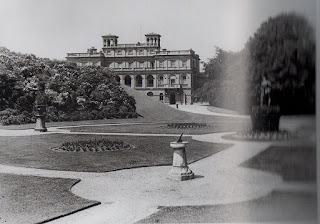 Deepdene, Surrey rebuilt in 1769-75 for Charles Howard 10th Duke of Norfolk. drew inspiration from the Palladian style of Classical architecture in the Renaissance era.
During the 16th Century, Venetian architect, Andrea Palladio was most influenced by the Ancient Greek and Roman’s classical temple architecture. In 17th Century Europe, Palladio's interpretation of this classical architecture was adapted as the style known as Palladianism. It continued to develop until the end of the 18th century. The style influenced many of the great houses of Britain. Its Doric columns, pediments, symmetry and proportions are clearly evident in the design of many modern buildings today. 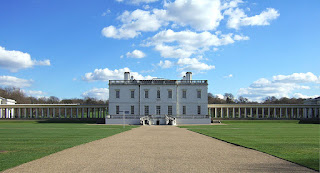 Inigo Jones was the designer of the Queen’s House, Greenwich, begun in 1616, the first English Palladian house.
The Interiors and the gardens 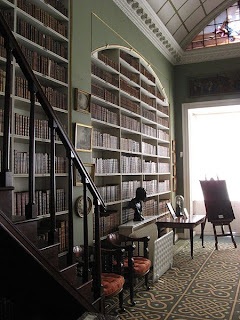 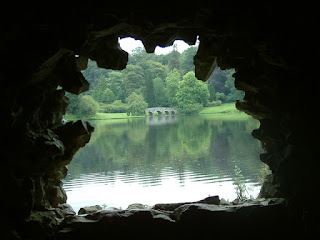 View of The Turf bridge from the Grotto at Stourhead