Now released! The House of Women 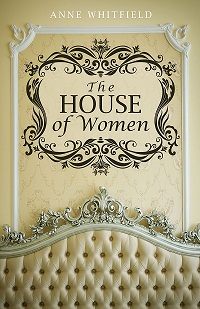 I'm so excited that my historical novel, The House of Women, is now released.
Blurb
Leeds. 1870. Lonely and brokenhearted, Grace Woodruff fights for her sisters’ rights to happiness while sacrificing any chance for her own.
The eldest of seven daughters, Grace is the core of strength around which the unhappy members of the Woodruff family revolve. As her disenchanted mother withdraws to her rooms, Grace must act as a buffer between her violent, ambitious father and the sisters who depend upon her. Rejected by her first love and facing a spinster’s future, she struggles to hold the broken family together through her father’s infidelity, one sister’s alcoholism, and another’s out-of-wedlock pregnancy by an unsuitable match.
Caring for an illegitimate half-brother affords Grace an escape, though short-lived. Forced home by illness and burdened with dwindling finances, Grace faces fresh anguish –and murder– when her first love returns to wreck havoc in her life. All is not lost, however. In the midst of tragedy, the fires of her heart are rekindled by another. Will the possibility of true love lead Grace to relinquish her responsibilities in the house of women and embrace her own right to happiness?

Grace blinked to clear her frozen mind as her mother and Verity climbed the staircase. If Verity was here then was William here too? Movement at the door caused Grace to close her eyes. She couldn’t bring herself to open them and see the one man she’d longed for since she was sixteen.
‘Miss Woodruff?’ Doyle inquired at her shoulder.
Startled, she spun to face him, but she was blind to him, blind to everything but the sensation of having William here. Crazily, she wondered if she would swoon like a maiden aunt.
Doyle’s hand reached out, but he quickly tucked it behind his back. ‘What is it, Miss Woodruff?’
Grace swallowed, feeling the fine hairs on her arms and nape prickle. He is here.
'Good evening, Grace.’
At the sound of William’s deep velvety voice, her heart stopped beating, only to start again at a rapid pace. Her stomach clenched and her legs felt unable to support her anymore. Slowly, she swivelled to gaze into William’s blue-green eyes and knew she was lost again. William smiled his captivating smile. He had aged, no, matured since their last meeting. He looked leaner, but broader in the shoulders. There was an aura about him, something that females of any age wanted. He made all other men around him seem insignificant. A magnetism, a mystical air surrounded him, catching Grace in its clutches once more.

Order The House of Women from Amazon.com, or The Book Depository, which has free postage.
http://www.bookdepository.com/House-Women-Anne-Whitfield/9780956790187

For more information about me or my books, please visit my website.
http://www.annewhitfield.com
Posted by AnneMarie Brear at 1:30 PM

This sounds like an exciting read! Good luck with the launch, Anne.

Congratulations Anne. Sorry it's taken me so long to get to leave a comment. Hope it sells in bucketloads.