Till the Day Go Down 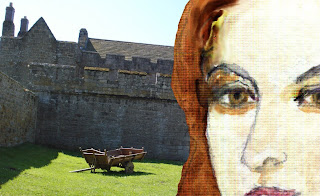 Email ThisBlogThis!Share to TwitterShare to FacebookShare to Pinterest
Labels: Jen Black, Till the Day Go Down

Jen, This looks good stuff. It also brings back memories for me of a couple of good holidays in Corbridge, exploring raider country, Hadrian's Wall and so on. An interesting place to live!

What a cool blog! I recognize many of your names.

Congratulations on your blog debut, Anne. It's very...well...historical. Very nice, and your list of authors is super. Celia

This is great Jen. I love your writing. Miss you on the crit group. How does this relate to Matho's Story?

Celia? I wonder whose blog you've been looking at? (vbg)
Thanks Peter, Maggi - if you think of this as a
prequel to the one I recently dragged through the crit group...and don't worry, I'll be back soon with something new.
Jen