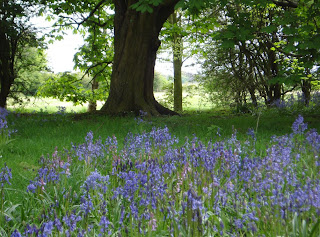 It was in 1718, on the wild coast of Northumberland, that Sir John Vanbrugh set about creating his baroque masterpiece. It was intended for the entertainment of Admiral George Delaval’s retirement but neither he nor Vanbrugh lived to see it completed. The Admiral was killed in a fall from his horse, and his nephew, Captain Francis Blake Delaval, fell, inebriated, down the steps of the house. It was said that no male Delaval ever died in their beds.
Francis fathered 12 children – the Gay Delavals, who filled the house with people and laughter and music. The best known of them was Sir Francis Blake Delaval who inherited in 1752. Lady Amherst reported in 1760 that ‘the blue satin parlour is handsome and the dining room impressive, though the walls and furniture are scarred to ruin by the riotous living of that scoundrel Francis and the lust mongers he entertains.’ 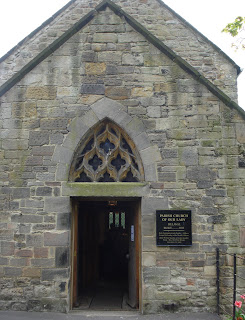 Sacheverell Sitwell said in 1944 ‘everything to do with this house is dramatically romantic and extreme; not least the Delavals themselves…’
If you are a member of the National Trust, you’ll read more within the pages of the latest magazine (Summer 2010). If not, visit the website here
It is tempting to start thinking of storylines about the Gay Delavals. One small snippet of information - you see the triangular shaped thing over the door of the church - I'm sure there's a name for it, but I don't know it - Jonathan Foyle would, I'm sure. It is a carving made in one piece in Normal times. There's a newer copy at the other end of the church, but, said our guide with a sniff of disdain, 'it was made in six pieces.'
We may be clever these days, but our ancestors had skills we've lost. There's a lead lined font from Saxon times, and two Norman arches inside. Te church is still in use today.
Posted by Jen Black at 5:03 AM

Thanks for your post, Jen.
Such lovely photos, too. I want to go there.