A novel setting...a peek inside...

My latest release, Southern Sons, is set in Australia and France during the Great War.
It's about the grandchildren of Kitty McKenzie, who live on a large cattle property (or cattle station) called Blue Water.
I set Blue Water in the country area of Northern New South Wales, near the town of Grafton which sits on the mighty Clarence River. A smaller river runs off the Clarence, called Orara. Blue water sits on the edge of the Orara River.
In a chapter in Southern Sons, Tilly learns to drive her father's motor car and she drives it miles from Blue Water to Grafton to do some shopping. She has to cross the Clarence River on a steam ferry, and I have found a picture of the actual ferry. 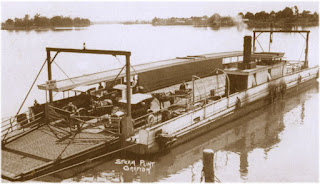 The picture below is something similar to the motor car, Tilly would have learned to drive while the men were at war. 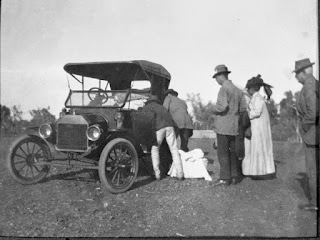 Tilly also went on a cattle muster, to bring in the cattle that grazed the hundreds of acres of Blue Water... 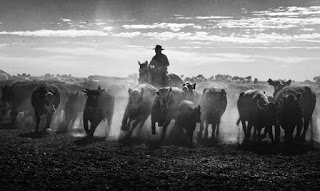 and at night they would camp by the fire. 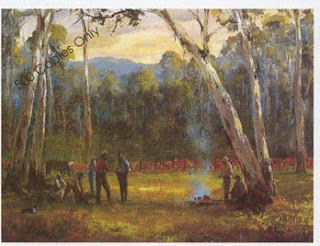 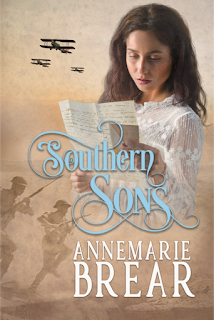 Blurb: 1914, Australia. As war is declared, the idyllic world of Blue Water Station is torn apart when Oliver, the eldest grandson and heir, shares his desire to enlist in the army. His enthusiasm ignites his brother, cousins and friends to do the same, but upsets his sister, Tilly. After a tragic family incident, Tilly is left to run the cattle station and take care of the older folk. A chance meeting with a sophisticated Lieutenant opens up a friendship through letters, but it’s a rogue stockman who attracts her attention with dire consequences. With the men at war, and her heart pulled in two directions, Tilly must grow up quickly and face the consequences of her rash decisions. Will She find her own happiness?Surviving a baptism of battle fire in Gallipoli, Turkey, Oliver and the men are sent to France and feel the brutal force of the Western Front. The only glimmer of light for Oliver is his relationship with Jessica, an army nurse. But as the terrors of war impact him, he feels the heavy guilt of encouraging the others to follow him into combat. Will he, and they, ever make it home to Blue Water.

For those who have read the Kitty McKenzie books, the third book, Southern Sons, about Kitty's grandchildren, is available in ebook and paperback.
If you've read and enjoyed it, I'd love it if you left a review on Amazon please. Thank you.
Southern Sons
Will they survive the war?
#WWI
Amazon myBook.to/SouthernSons

Posted by AnneMarie Brear at 12:00 AM