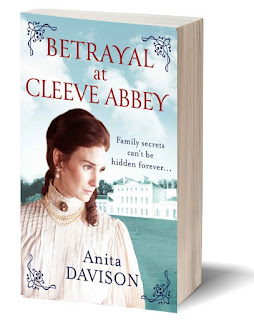 '....A wonderful book by Anita Davison. The story is rich in description and with great characters. I am really enjoying this series and Flora is such a warm character that you want to be friends with.
Anita Davison writes with skill to keep you turning the pages and wanting to know what will happen next!...'
Anita began writing novels set in 17th Century England, with a family saga set in Exeter during the Monmouth Rebellion and a biographical novel about Elizabeth Murray during the English Civil War in Surrey. Her fascination with the revival of cosy mysteries made her turn to the early 1900’s for inspiration where she found Flora Maguire lurking. The series of five novels was taken up for publication by Aria Fiction, a digital imprint of Head of Zeus Publishing.
Book 3 in the series, A Knightsbridge Scandal is scheduled for release in 2017, with two more stories scheduled for later in the year.
Anita’s Blog
Facebook – https://www.facebook.com/anita.davison
Twitter - https://twitter.com/AnitaSDavison
Posted by Anita Davison at 7:30 AM