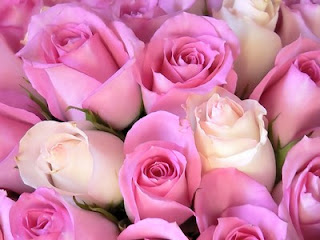 One of the earliest Valentine's ever wrote for which we still have a record of was by the Duke of Orléans, Charles Valois.

Charles was born in Paris in November 1394 and became the Duke when his father, Louis, was murdered on the orders of John, Duke of Burgundy, a rival nobleman. His childhood was full of culture and wealth, and he spent his early years in the beautiful Loire region of France. Both his parents, Louis, and Valentina Visconti, supported his education.

Charles is best remembered as a poet, writing over 500 poems. Most of these were written when he was a prisoner of war.

Charles was 14 when his father passed and he became the Duke. He was young and impressionable, and fell under his father-in-law's influence, the Count of Armagnac.

Charles's first wife was Isabella of Valois (a daughter of French King Charles VI) He loved her dearly, but she died in childbirth. In 1410, he married Bonnie d'Armagnac, Count d'Armagnac's daughter.

In 1415, Charles was taken a prisoner of war in the Battle of Agincourt. He was 21. Henry V of England took him to the Tower of London were Charles composed most of his poetry. Charles was in captivity for over 24 years (he was in the line for the French throne and England didn't want to give him up.) With nothing better to do, Charles wrote.

Most of his poetry was for his wife, Bonnie, but she died before he was released. He was let out in 1440 at the age of 46 and married a third time. His son from his third marriage, became Louis XII. His poems are mostly French Rondeaus, a two line rhythm and are usually about love and the spring time.

Upon returning to his life in France, Charles showed himself to be an able administrator and a good politician.

Charles's Valentine in the original French:

Here's another of Charle's poem in English: 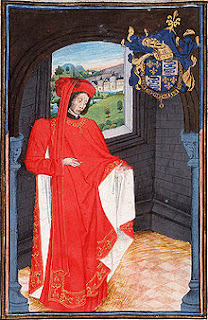 (To his Mistress, to succor his heart that is beleaguered by jealousy)

Strengthen, my Love, this castle of my heart,
And with some store of pleasure give me aid,
For Jealousy, with all them of his part,
Strong siege about the weary tower has laid.

Nay, if to break his bands thou art afraid,
Too weak to make his cruel force depart,
Strengthen at least this castle of my heart,
And with some store of pleasure give me aid.

Nay, let not Jealousy, for all his art
Be master, and the tower in ruin laid,
That still, ah Love! Thy gracious rule obeyed.

Advance, and give me succor of they part;
Strengthen, my Love, this castle of my heart.

GOOD READS:
http://www.goodreads.com/author/show/4031660.Stephanie_Burkhart
Posted by Stephanie Burkhart at 6:00 AM

You always come up with such interesting bits of history. I can't imagine living in captivity for so long and coming out to be such a productive citizen. Your post really made me pause and be grateful for all the blessings in my life.

Maggie
Murder in the Buff coming in March

Thanks for popping in Maggie. I agree about the capitivity, but Charles seemed to rise above it and fathered a future King of France. Amazing.