The Windsor of the North 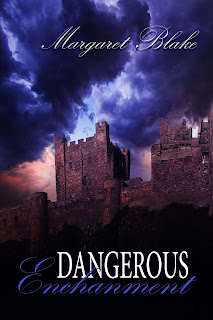 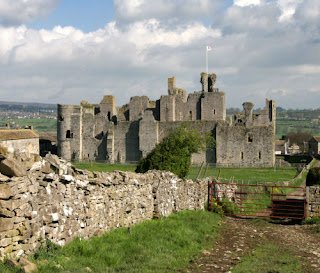 This is the wonderful Middleham Castle at Middleham in Wensyldale, Yorkshire. Once the home of King Richard the Third, it is a wonderful place. I love to visit whenever I can. Once inside the grounds you can feel an atmosphere. I always experience a warm feeling when I am there.

When I was young I thought Richard was the monster created by Shakespeare. Shortly Kevin Spacey will take on the role, and it is a good play and for me a bit of a hoot, but it has nothing to do with Richard. This is a play based on Tudor propaganda. The Tudors had much to lose by not besmirching Richard's reputation.

It was coming across Josehine Tey's wonderful book Daughter of Time that made me want to look at Richard more closely. I found out for example that he was not "hunchbacked" and that he was in love with his wife Anne Neville. That he was cultured and actually quite handsome.

I knew I wanted to write something about him and so my very first published novel " A Sprig of Broom" was born. (Soon to be published again as an e-book). In order to write the book I felt I had to visit Middleham and John and I set off one warm summer's day. It was magical. I was captivated. We often used to go and hire a cottage and stay there for a week or so. The wonder has never left me.

When I arrived home from my first visit my dad phoned. He asked where we had been and I thought he won't have heard of Middleham so I just said The Yorkshire Dales. He wanted me to be more specific so I told him. "Oh," says my dad,"Mark Johnson trains there." Ugh? Dad had two loves, cricket and horse racing and so knew where all the trainers of horses were based. Never underestimate a dad.

It is an added attraction a couple of times a day, to hear the horses' hooves on the cobbles as they go to the gallop on Middleham moor. Talk about atmosphere!

Many years after A Sprig of Broom, I returned to the theme of Richard and how good he was and so wrote Dangerous Enchantment. In this novel I took an entirely different tack but it is quite feasible. I am adding a review by fellow author John Lindermuth, for he explains perfectly the plot.

If you haven't been, do visit Middleham. Let me know if you are similarly entranced. Like me you might even wish that Richard had stayed there, safe and happy, in his beloved Yorkshire. I wonder what would have happened to England if that had been? Hm, might be a novel in that!

"A common belief, fostered by literature and film, is that Richard III, last of the Plantagenets, was a villain and may have been responsible for the murder of his own nephews. A number of writers and historians have advanced alternate theories, showing Richard as a just and honest ruler and attributing the deaths of the princes to others or dismissing it as a vile rumor spread by supporters of the dastardly Tudors.

Dangerous Enchantment offers another alternate theory in which the younger prince, Richard, Duke of York, survives and is protected by the lady in waiting of the king's wife and other loyal servants.

Kate accedes to Richard's command and marries Lord Mellor, going into hiding at his Yorkshire estate where the young duke is passed off as her stepson, scion of her husband. After Richard and Mellor are killed at Bosworth, Kate and her ward hope to escape to Burgundy with other loyalists.

But, before they can do so, Efan Caradoc, a Welsh supporter of the Tudor, arrives with his retinue and inform them he has been awarded the property of her deceased husband. The bastard son of a kitchen wench, Caradoc and Kate clash at first. Eventually both succumb to love, which sets the stage for other dangerous conflicts.

As a supporter of the good Richard theory, I was intrigued by Margaret Blake's version which offers captivating characters, an action-packed plot with plenty of twists and suspense, including a reasonable explanation for the fate of the younger Richard. Throw in the spicy romantic development and you've got a sure winner."
Posted by margaret blake at 8:59 PM

I enjoyed this wonderful reminder of Middleham Castle, Margaret. Like you, I always feel a real atmosphere there and can almost sense Richard's presence. A truly magical place - you've given me a real yearning to go up to the Yorkshire Dales again!

I can't wait to read this. I never much liked English history, as it was always taught in a boring manner, as is most history. I recently have been doing my family genealogy and found that my 16th G-grandparents were Nevilles! Obviously, I REALLY want to read this book. PS - LOVE the cover!

Linda how exciting that you have traced back to the Neville's, You must come over and go to Middleham.
I can't get over it, fantastic!

I loved Middleham when we went there in 2007. I've got loads of pictures. It was a beautiful day too.
Richard has been a favourite since I read The Sunne In Splendour by Sharon Penman. Loved that book.
Anne Worth's book is good too.

I do believe that Sharon Penman has written the best book on Richard the Third but it is just too big for me to manage. If I get one, I will buy the book on kindle that will be easier for me to handle. I haven't heard of Anne Worth.

It sounds awesome, and I too subscribe to the "good' Richard theory. I think the death of the princes, Edward V and his brother, Richard, were rooted in the Tudor desire to have the throne.

I'm on the fence about Richard, but tend to go with the bad Richard. After all, he wasn't the first king to kill a nephew to gain the throne, not even the first Plantagenet.

Although a cop and I had a rousing discussion about R3 one night, with the cop saying, "when you look at suspects, who always look at who had the most to gain."

Both Richard and the Tudor had much to gain, although Richard definitely had the greatest and most-immediate gain.