I want to say a great big THANK YOU to everyone who voted in the recent Preditors & Editors Readers Award Polls. The final results are now available and I'm very proud to announce that Glastonbury won the Best Mystery Novel Award, and Requiem for the Ripper won the Best Thriller Award. I'm so grateful to all who voted in support of my nominations and hope a few of my friends and readers will check out the two award winners. Full results for all categories can be found at http://critters.org/predpoll/tally.html  Simply visit the page and then select a category to view the results. Glastonbury is available in paperback from Amazon.com
and Requiem for the Ripper is also available from Amazon.com in both paperback and e-book editions. 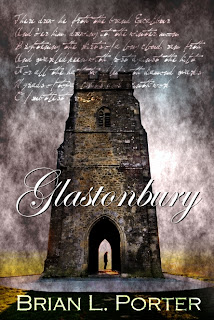 Glastonbury - Mystery and Misdirection. Hired by millionaire businessman Malcolm Capshaw to search for a fabled historical artifact in the shadows of Glastonbury Tor, Joe Cutler and his team from Strata Survey Systems are drawn into a web of sex, lies, deceit, murder, and betrayal. The artifact is revealed to be bogus, and the real purpose of their search is slowly exposed. A menacing background presence, in the form of an old-established London crime family appears, to display an abnormal interest in the goings-on in the ancient town where Christianity laid its roots in England. There, aided by the enigmatic and flamboyant university professor Lucius Doberman, Joe and his team must solve the mystery of Glastonbury before the sinister historian Walter Graves makes the discovery that could cost him and the whole team their lives.


Requiem for the Ripper 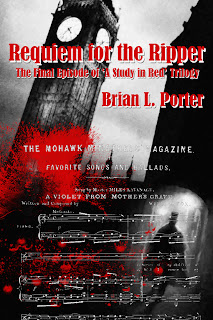 Criminal psychologist David Hemswell receives a desperate call from a worried man. William Forbes, former solicitor to serial killer Jack Reid believes himself to be threatened by the living soul of the notorious Victorian enigma, Jack the Ripper. Convinced that Reid was a descendant of the Ripper and that the evil that first entered the current era through the inheritance of the Ripper's journal by psychiatrist Robert Cavendish, Forbes turns to Hemswell as his last hope to free himself from the demons he believes are pursuing him. Forbes travels to Skerries Rock, David Hemswell's private island home off the bleak, barren west coast of Cape Wrath, Scotland, where Hemswell soon realises that there is much about his visitor that is disquieting and frightening. Hemswell summons help in the form of paranormal investigator Kate Goddard, and together, the pair attempt to free Forbes of whatever strange phenomenon has assaulted his mind. As their investigation gathers pace, however, they soon begin to believe that the three of them are not alone on the tiny island. Has the soul of Jack the Ripper found a way to encroach upon the present day? Is William Forbes the living embodiment of The Ripper, or is he too a victim of the curse that appears to have been handed down across time by the unfortunate Cavendish family? As time begins to run out, and the danger surrounding them grows ever stronger by the second, David Hemswell must face his own demons and is faced with the most terrible decision of his life, as the story that began with A Study in Red - The Secret Journal of Jack the Ripper and continued in Legacy of the Ripper reaches its shattering and terrifying conclusion!

Brian
Posted by Tilly the Rescue Dog at 11:51 PM

Tilly the Rescue Dog
I'm a rescued terrier, a Bedlington/Glen of Imaal crossbreed, and the star of the 'Harry Porter's Dog Tales' series of books. The books tell the true stories of me and my fellow rescue dogs who live with author Harry Porter and are designed to help raise awareness of the plight of abused and neglected dogs around the world. The books are written in our own words and I'm also the narrator of Harry's forthcoming dog training manual too. I'm a very lucky little lady, and I hope you enjoy visiting my blog as often as you can, if of course, you have some time to spare.