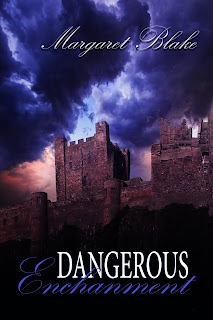 Many writers of historical fiction have their favourite period, this might even run to a century rather than a decade. I used to be a "flitterer" My first novel A Sprig of Broom was set just after the Battle of Bosworth, whereas the next three were a saga starting in l819. After that I had another l9th century novel and then plunged into the anglo-saxon era. My last hardback novel dealt with King John. Dangerous Enchantment and before that, The Substitute Bride took me full circle, I was back in the l480's. I think this is the era where I am most comfortable. Perhaps because when I wrote my first book I did an awful lot of serious research. I was terrified of making a mistake. Therefore I have lots of information on this period.

Why did I choose this era for my first novel? Well, surprisingly, I knew little about history until I found a book by Jean Plaidy. Many of you will remember this excellent writer. She was my historian. I was curious about the Battle of the Roses, thanks to her. She portrayed Richard the Third as not being a really bad man. Funny, I had the idea of the hunchback of Shakespeare fame. That really whetted my appetite and I started to read more about him. What do you know - I found out he was much maligned. More than this I think I fell in love with him too!

Not being a "serious" historian I wanted to write a book that put across the message that he was worth more consideration,I invented characters who had known and loved him. A Sprig of Broom, The Substitute Bride and Dangerous Enchantment are set after his tragic death but I think I get the propaganda across very well (even if I say it myself).

I think that is why I love writing historical novels, you can shine a light where there has been darkness. At least that's what I try to do...I wonder if you do too?

And if you are wondering, with the advent of the new splendid Robin Hood film, King John was not half as bad as he has been painted either!
Posted by margaret blake at 10:12 PM

I admire Richard III, too, Margaret. I very much enjoyed Sharon Penman's Sunne In Splendour in which he is featured heavily.
Good post, thanks for sharing.

Hi Margaret- I agree re King John. Fascinating and mixed character. Warren's book on him gives a real insight into the man. The whole family are so larger-than-life they seem to stretch out to us through the past.

When John was young he was certainy mercurial but an attractive figure too. He had some very good points and these are always ignored in the Robin Hood legend.

Everyone recommends me to the Sunne in Splendour, Anne but it is the sheer size that puts me off - if ony it were produced in smaller junks, holding it for me would be a wee bit difficult, but would love to read it. Ah, this is where kindle would be useful.

Congrats on the new venue. I foresee many interesting entries. As you know, I also admire Richard who definitely had bad press.

Thanks, John. I know you too are an admirer of Richard - sensible man that you are!