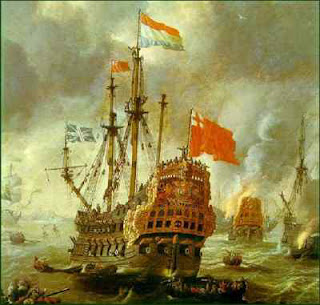 During the English Civil War, a new tax on domestic consumption, excise, was levied by Parliament to pay for the war. By 1660, this applied to items like chocolate, coffee, tea, beer, cider and spirits. Also in this year, all exports of wool was forbidden to promote the English wool trade, the penalty being the gallows for transgressors, or ‘owlers’ as they were called due to the fact they worked at night. In 1688, the excise was extended to include essentials such as salt, leather, and soap.

Collecting taxes was a cumbersome and inefficient process with a hostile population where communication and transport links were slow and inefficient, so whole communities tended to become involved in the 'free-trade', as it was euphemistically known. The farm labourer helped carry goods inland; the parson bought cheap tea and wine; the local squire lent his horses for transport; the wealthy merchant obtained cut-price supplies of silks and lace; and at the very pinnacle of society, members of the gentry conducted foreign business through intermediaries involved in smuggling. In the West Country, some houses would have a bottle bottom set in the plaster below a gable end of the house to indicate the owners were smugger sympathisers.

Whilst researching 17th Century smuggling in the Exeter area, I came across a character named Thomas Coumbe, known as The Smuggler Squire. Born in Devon in 1620, he married a tall, auburn haired beauty named Bridget, who was much younger than himself and reputed to be a descendant of Sir Ralph de Blanchminster, a Cornish Knight who followed Richard Coeur de Lion on the Third Crusade.

Coumbe became a church warden in 1666, and grew very wealthy from his association with the smugglers at Bude on the North Devon coast, where signal flares could be seen by the smugglers at sea.

In the 17th Century, sand was used to break up the heavy loam of Devon before the employment of artificial manures. The Smuggling Squire made a weekly trip between Tavistock and Exeter on his sand cart, in which he hid tobacco, silk, brandy and wine.

According to old deeds, he owned land from "Sea to Sea", i.e. from Exeter on the South Devon coast to Bude on the north, a distance of 53 miles. He had a number of illegitimate children, to whom no doubt some of the farms were bequeathed. Described as:

a brown, hard, stern looking man with one blue eye, over the other he wore a patch having lost an eye in a duel, and regularly dressed in leather with a *bob wig.

How could I resist adding this colourful man to my story?

* The most popular undress wig was the shorter, bob wig originally worn by tradesman who could not afford the longer wigs. Bob wigs were also the standard wig worn by Protestant clergymen of the 17th Century
Posted by Anita Davison at 5:17 AM

Email ThisBlogThis!Share to TwitterShare to FacebookShare to Pinterest
Labels: The Smugggler Squire

What fascinating stories, Anita. Fuel for the imagination. Thanks for sharing.