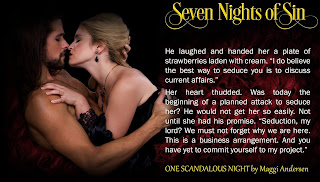 Though mortified that Brenton unmasked her at the scandalous ball, Lillian doesn’t regret their night together. But will the object of her girlish adoration still treat her as his best friend’s little sister, or will he now see her as a mature and willing woman?
Sign up for Release Blitz:
Join our Facebook Party for contests, freebies and great prizes
Posted by Maggi Andersen at 6:13 PM