On a recent trip to Normanby Hall, a local historical manor house a few weeks ago, I spent a lovely few hours in the sun strolling around the estate and gaining knowledge that will come in handy for writing my historical novels.
I thought I would write a post on each part of the house and grounds, and I'm starting with the stable block. 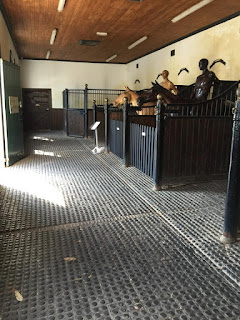 Horse stalls, made of brass and timber, and note the floor for easy cleaning. The stable block was built in 1818, and was a walled square with open arches. It was a hive of activity and the meeting place for hunts and shooting parties.


The daily duties of a Groom or Coachman

Morning:
Feed and Muck out the horse.
Breakfast at the Hall.
Rub down and groom the horses.
Clean and put away any tack (riding and carriage equipment used).
Prepare the coach for the family.
Feed the horses.
Lunch at the Hall. 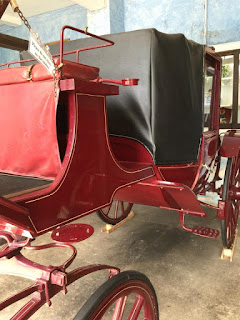 Get horses ready for any family members wishing to ride.
Sweep out the stableyard.
Clean and put away any tack used.
Exercise any of the horses that have not been ridden that day.
If carriage not needed again, carry on with any odd jobs around stable.
Feed horses.
Supper in the servant's hall.
Rub down and give the horses water and hay for the night.
Maintenance work on the carriage - cleaning, brass polishing, and touching up paint.
Soak wheels of carriage to prevent wood from shrinking and spokes becoming loose. 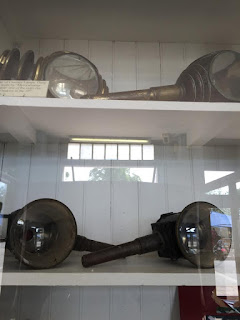 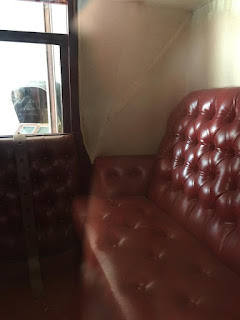 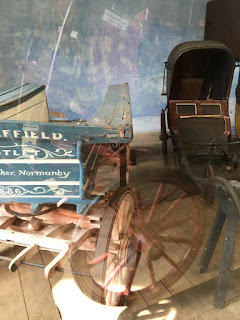 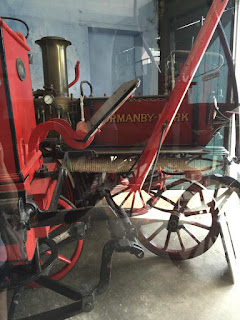 The estate had its own horse drawn fire engine, with working water pump. The unit was used for the local village as well. It was officially retired in 1953.

The grooms and coachman lived in housing above the coach house but ate with the household in the Servant's Hall. The groom had to sometimes act as a footman if the family held a large dinner party.

Census records between 1841 - 1891 show that none of the grooms or coachmen were local Lincolnshire men. They came from neighbouring counties, and as far away as London. This shows that people were prepared to travel for work. 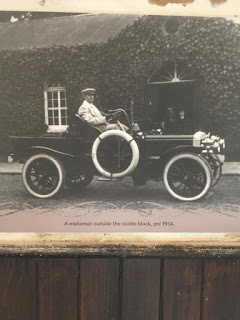 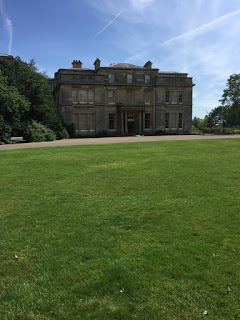 Posted by AnneMarie Brear at 7:04 AM

What's that floor made of? The texture makes me think it was designed to be anti-slip rather than easy-clean, but maybe the material was easy-clean?

I like how open and airy the stable seems to be - were there any partitions that went all the way to the ceiling?