Virtue of a Governess now available in ebook!


It's new release time for me again.
My historical novel, Virtue of a Governess, is set in the Victorian era and now available in ebook from Amazon UK and USA.
http://www.amazon.co.uk/Virtue-of-a-Governess-ebook/dp/B00COW2A64/ref=sr_1_8_bnp_1_kin?ie=UTF8&qid=1368128033&sr=8-8&keywords=anne+brear 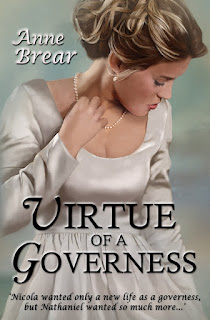 Virtue of a Governess.
Blurb:
In 1867 Nicola Douglas attends a London lecture that inspires her to change her life. With no family, but a good education, she boards a ship to Australia with high hopes of a fresh start in a new country as a governess. But Sydney is full of young women with similar hopes and equally poor prospects. When Nicola is at her lowest, she meets Nathaniel West. Try as she might, her attraction to Nathaniel West grows. She also meets a visiting American, Hilton Warner. As both men shower her with attention, Nicola reaches a crisis. She came to Australia expecting to be a governess, but finding love, and being married, shows how empty her life has been since her parents' death. Her achievements at the Governess Home are vital to her. Can she have both? To reject both men would relegate her to spinsterhood, but if she makes that choice, would her career ever be enough to sustain her?


Posted by AnneMarie Brear at 5:51 AM