WOMEN AT THEIR TOILET IN THE 18TH CENTURY. And an excerpt from THE RELUCTANT MARQUESS Free on Kindle today! 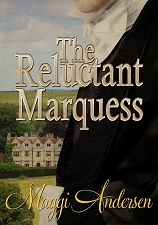 Blurb: Charity Barlow wished to marry for love. The rakish Lord Robert wishes only to tuck her away in the country once an heir is produced.

A country-bred girl, Charity Barlow suddenly finds herself married to a marquess, an aloof stranger determined to keep his thoughts and feelings to himself. She and Lord Robert have been forced by circumstances to marry, and she feels sure she is not the woman he would have selected given a choice.

The Marquess of St. Malin makes it plain to her that their marriage is merely for the procreation of an heir, and once that is achieved, he intends to continue living the life he enjoyed before he met her.

While he takes up his life in London once more, Charity is left to wander the echoing corridors of St. Malin House, when she isn’t thrown into the midst of the mocking Haute Ton.

Lord Robert is a rake and does not deserve her love, but neither does she wish to live alone.

Might he be suffering from a sad past? Seeking to uncover it, Charity attempts to heal the wound to his heart, only to make things worse between them.

Will he ever love her?
In this excerpt, Charity prepares for a ball.


Brigitte had just begun the finishing touches to Charity’s toilette, when a knock sounded at the door. Charity gave a nervous start. “That must be Robert.” Had he come to inspect her and see if she looked regal enough?


She swallowed as feelings of inadequacy consumed her.


A footman bowed. “Lord Southmore is below, my lady. He wishes to attend while you dress.”


“Watch me dress?” Appalled, Charity frowned into the mirror and pulled her wrap over her bosom. “What can he mean?”


“He asks to come to your boudoir, my lady,” Brigitte said, “to assist with the placing of your patches, jewelry and hair adornment. It is often done.”


“Indeed?” Charity thought this a most deplorable fashion.


“You would insult him should you refuse, my lady.”


Charity remembered Robert’s warning about his friend, but it only served to make her rebellious. Would Robert be just a little jealous to find he’d been here? “This is the way of things?”


She was sure that Lord Southmore didn’t wish her to look regal. “Have him come up,” she said.


How civil he was. And quite attractive, she hadn’t noticed that before. She felt sure that a man such as he would never give a woman a moment’s heartache. “Lord Southmore.”


He settled on a chair beside her as Brigitte opened the box containing patches. “Now let me see. One here, I think.” He traced her cheekbone with a feather light touch. “And one at the very corner of your mouth, to highlight one of your best features.” He brushed her bottom lip with the tips of his fingers before withdrawing his hand.


Charity wanted to giggle, but as Lord Southmore appeared quite serious, she said, “Thank you, my lord. I appreciate your assistance.”


His gaze moved over her, the warm light in his eyes failing to match his impersonal tone. “Now for the hair.” He turned to study her waiting gown. “An excellent choice. That lovely shade of green will pay homage to your eyes. For your hair, those silk gardenias are perfect.”


“Emeralds,” a sharp voice came from the doorway.


Charity turned to find her husband entering the room, a muscle clenching in his jaw. She trembled at his steely expression, but raised her chin and held his gaze.


Lord Southmore rose and bowed. “St Malin. You are just in time for the gown.”


“So I see,” Robert said through his teeth.


Charity hurried behind the painted screen. She slipped off the wrap. Brigitte helped her step into the gown, then her deft fingers worked at the hooks.


Brigitte smoothed a silk ruffle. “There, my lady.” Charity stepped out to face the two men.


“Perfect. I was right about the color enhancing your eyes,” Lord Southmore said, a mocking smile playing at the corners of his mouth. “Wouldn’t you say, St Malin?”


Robert’s eyes narrowed, and he didn’t answer. He opened a velvet box. She expected the diamonds, but he drew from it an exquisite emerald necklace. The deep green stones, set in a bed of diamonds, looked like pretty spring flowers. He tossed the box to the maid and clasped the necklace around Charity’s throat.


Charity felt his fingers at the nape of her neck. She anxiously watched his face in the mirror. He looked as if he would prefer to throttle her rather than adorn her with jewels. She would not allow him to spoil the evening.


“Thank you, St Malin.” The use of his title felt strange on her tongue, and she saw by the surprise in his eyes that she’d scored a hit. “Another beautiful necklace. I declare you spoil me.” She turned to Lord Southmore. “And my thanks to you, my lord, for your skillful artistry.”


Lord Southmore bowed. “A pleasure.”
She took her cloak and gloves from Brigitte. “Shall we go, gentlemen?”


Compliments of the Season!